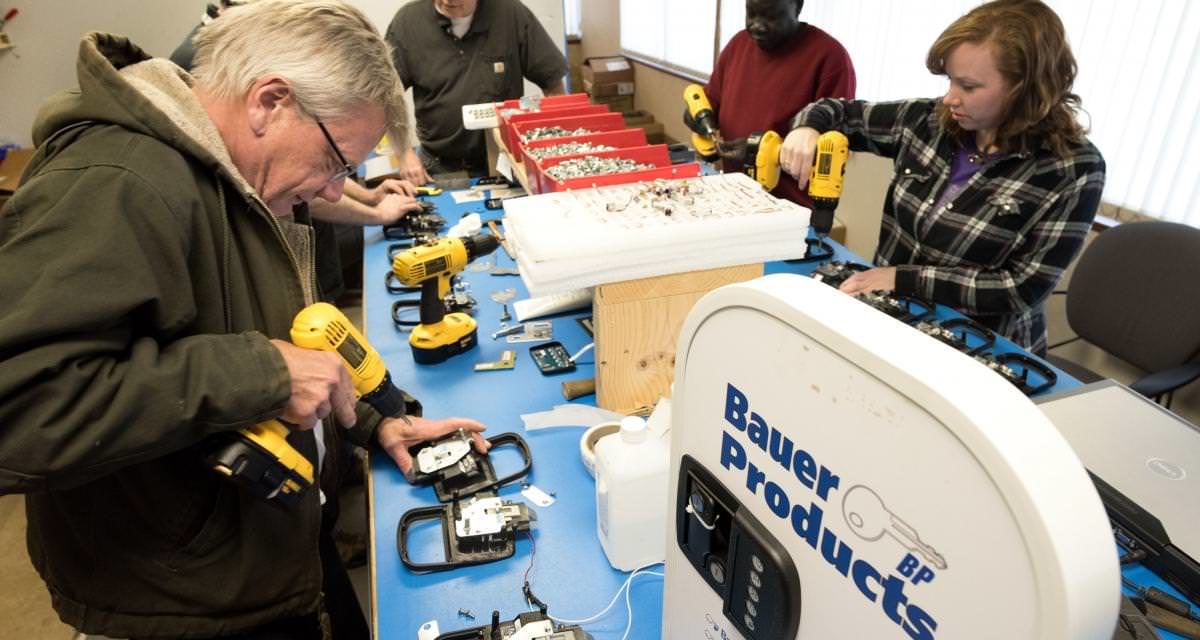 Dealers and manufacturers are discovering that what some customers have been saying for years not only is true, but it is becoming possible – “It sure would be safer and easier if I just had one key to get in my RV and all its compartments.” Bauer Products of Grand Rapids, Mich., is making that a reality with the help of Elkhart, Ind.-based Lippert Components acting as a kind of distributor to the OEM market. Thanks to Bauer’s Keyed Alike system, certain RV manufacturers are able to offer RVs that use a single key to open entry doors, slam latches, cam latches and any other lock on the exterior of the vehicle. The concept behind Keyed Alike has been around for the better part of a decade, as Bauer offered it in the horse trailer industry. But coming up with a way to adapt it to the RV industry and to the manufacturing processes within the industry proved to be a task that took some combined brainpower to pull off. An Obvious Need Keyed Alike is a fairly simple idea. All locks contain a tumbler or cylinder that requires a certain key to open …   See what RV Pro had to say about Bauer’s revolutionizing the RV industry.
EFFORTLESS ENTRY